Meet your Skipper at the Lock-Keepers Cottage on Toome Canal, a Waterways Heritage Centre, cafe and community hub.  If you want to bring a picnic you can order ‘Treat Boxes’ from the Lock Keeper’s Cottage in advance.

We set off from the pontoon outside the Cottage.  This is the location from which Game of Throne’s filming was organised on the Toome Canal with Peter Dinklage as Tyrion Lanister and Iain Glenn as Jorah Mormont.  See our Game of Thrones Tours for behind the scenes pictures using RIB Endurance as a film and safety boat.

Passing under the bridge at Toome we see the Eel Fishery from a different perspective.  There are always hoards of Herons here waiting for a chance to get a tasty meal.

Going under the Blue Bridge at Toome and around the bends we glide into the mostly unseen Lough Beg which is a stunning wildlife reserve.  Church Island is also a treat to see, where there is a church without a spire and a spire without a church.  Immortalised in Seamus Heaney’s poem “The Strand at Lough Beg”:

“Where you weren’t known and far from what you knew:
The lowland clays and waters of Lough Beg,
Church Island’s spire, its soft treeline of yew”.

Listen and watch for the famed Whooping Swans of Lough Beg who grace us with their presence year and year.  The tranquil atmosphere is enhanced by the remote location far from roads and civilisation.

From Newferry we follow the calm and meandering River Bann past the World War 2 airfield munitions dump where the American Airforce stored munitions safely away from the airfield in fear of a Luftwaffe airstrike.

Finally our trip takes you past the ancient forest of Portglenone, where some of the oldest trees in Ireland reside, under Portglenone’s beautiful stone bridge and onwards to the Wild Duck bar and restaurant where refreshments can be had. 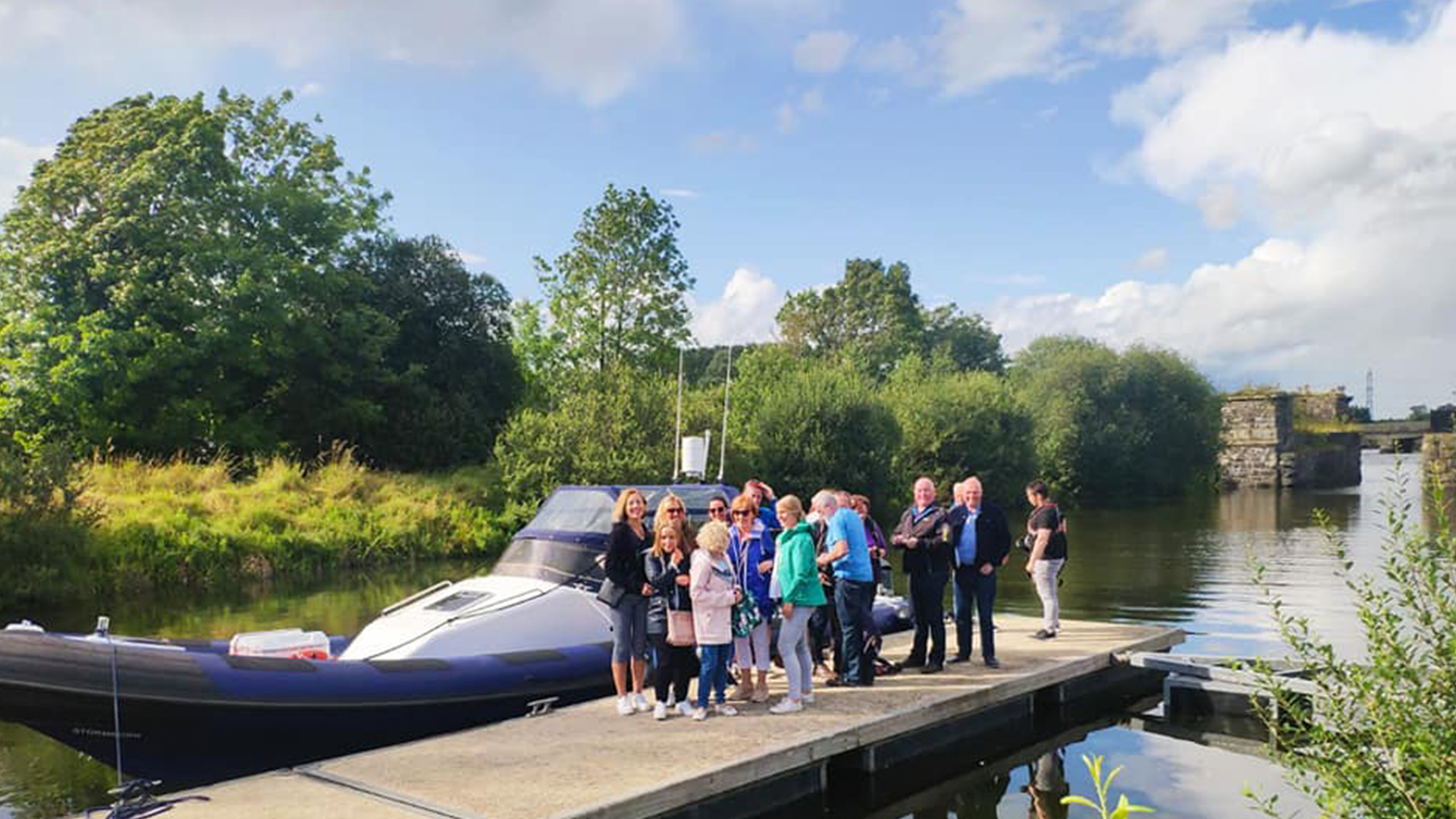 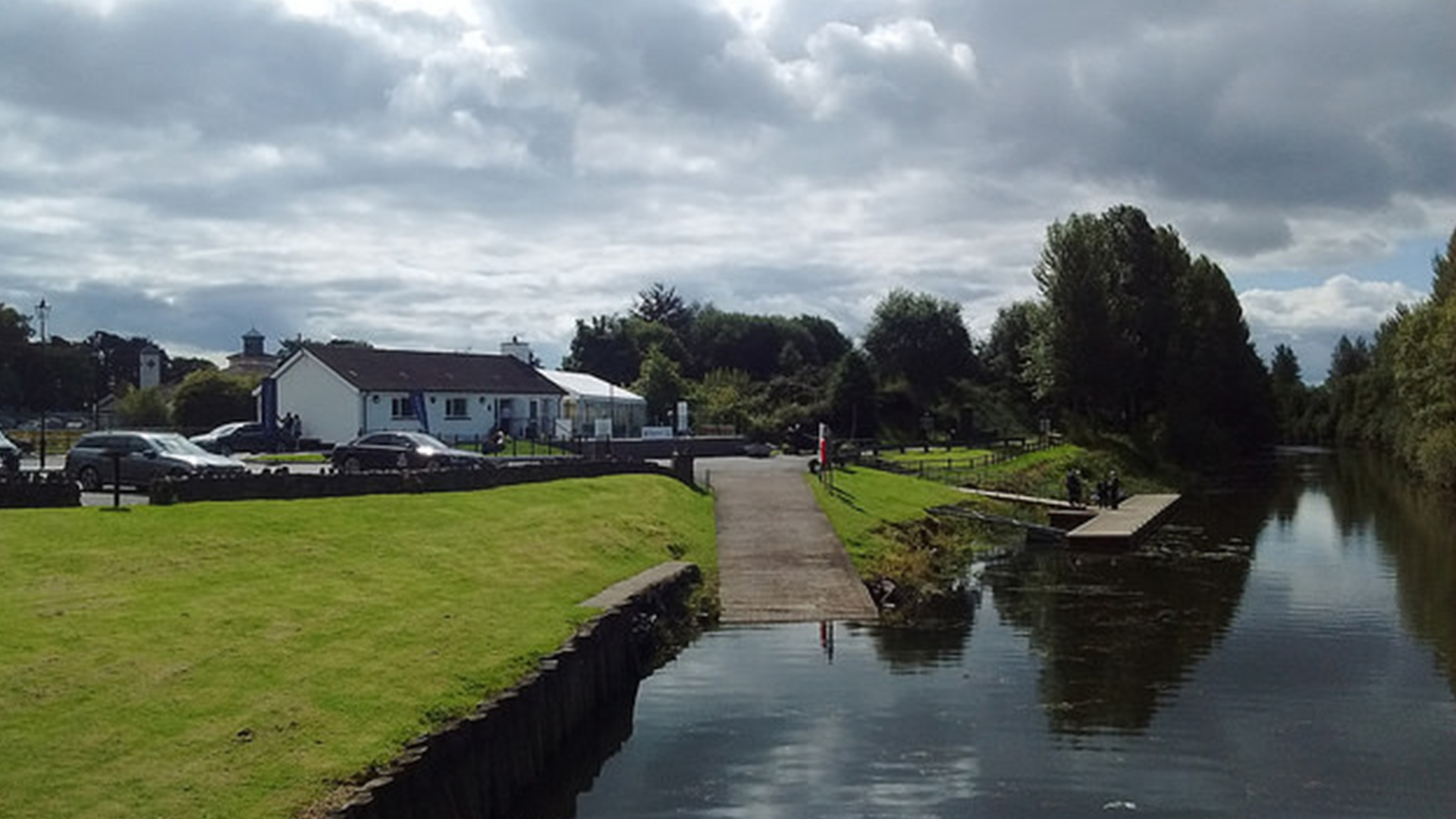 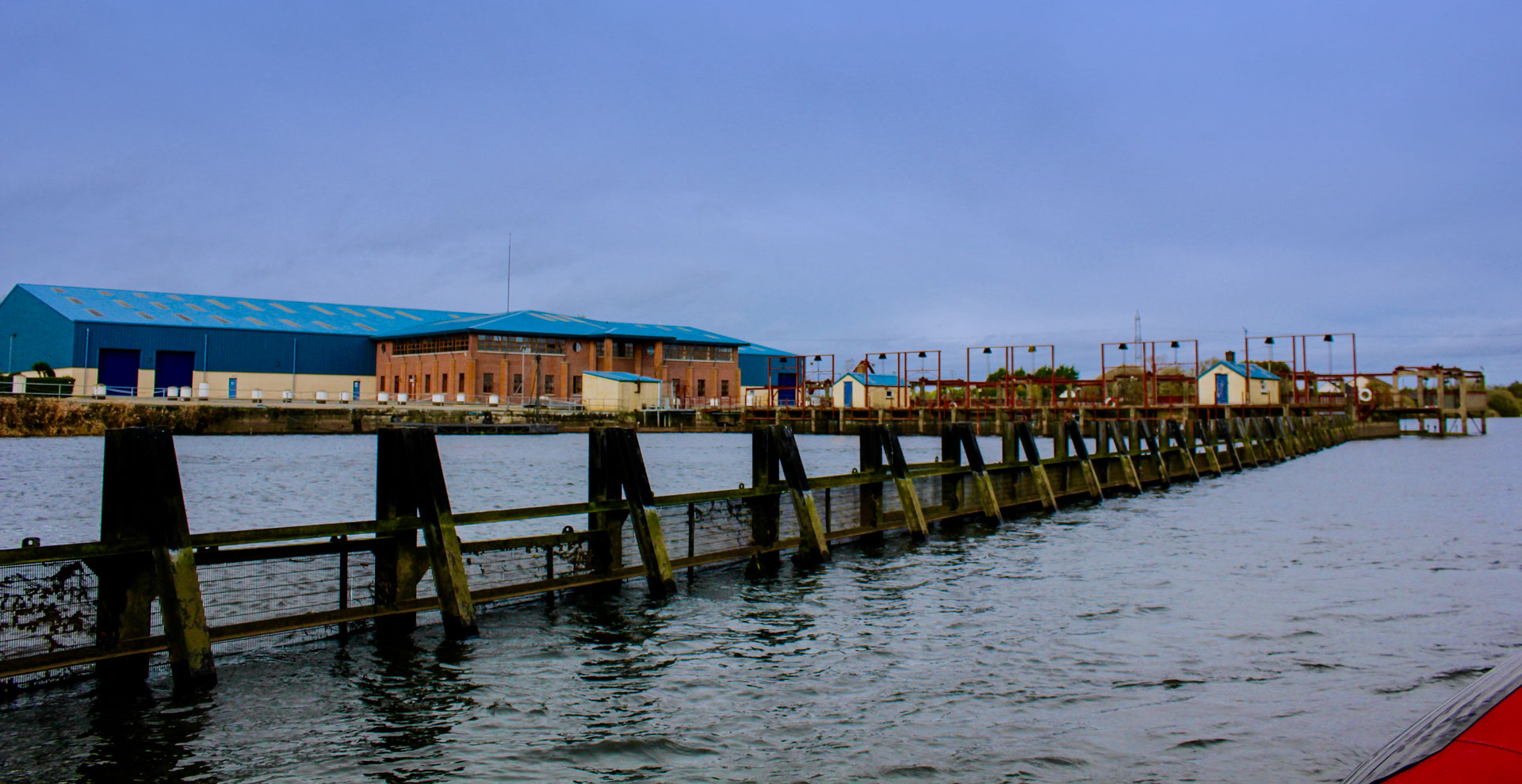 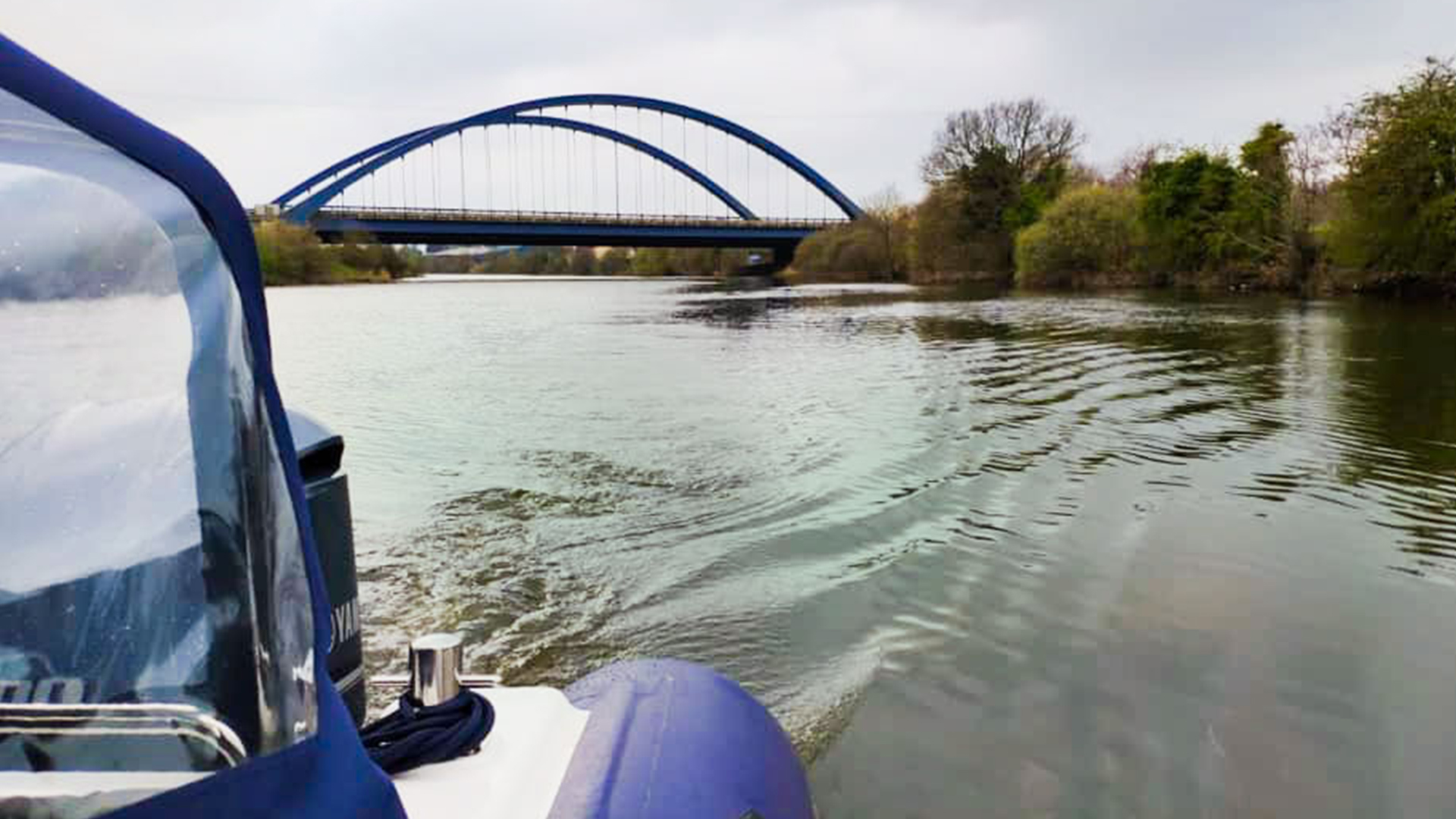 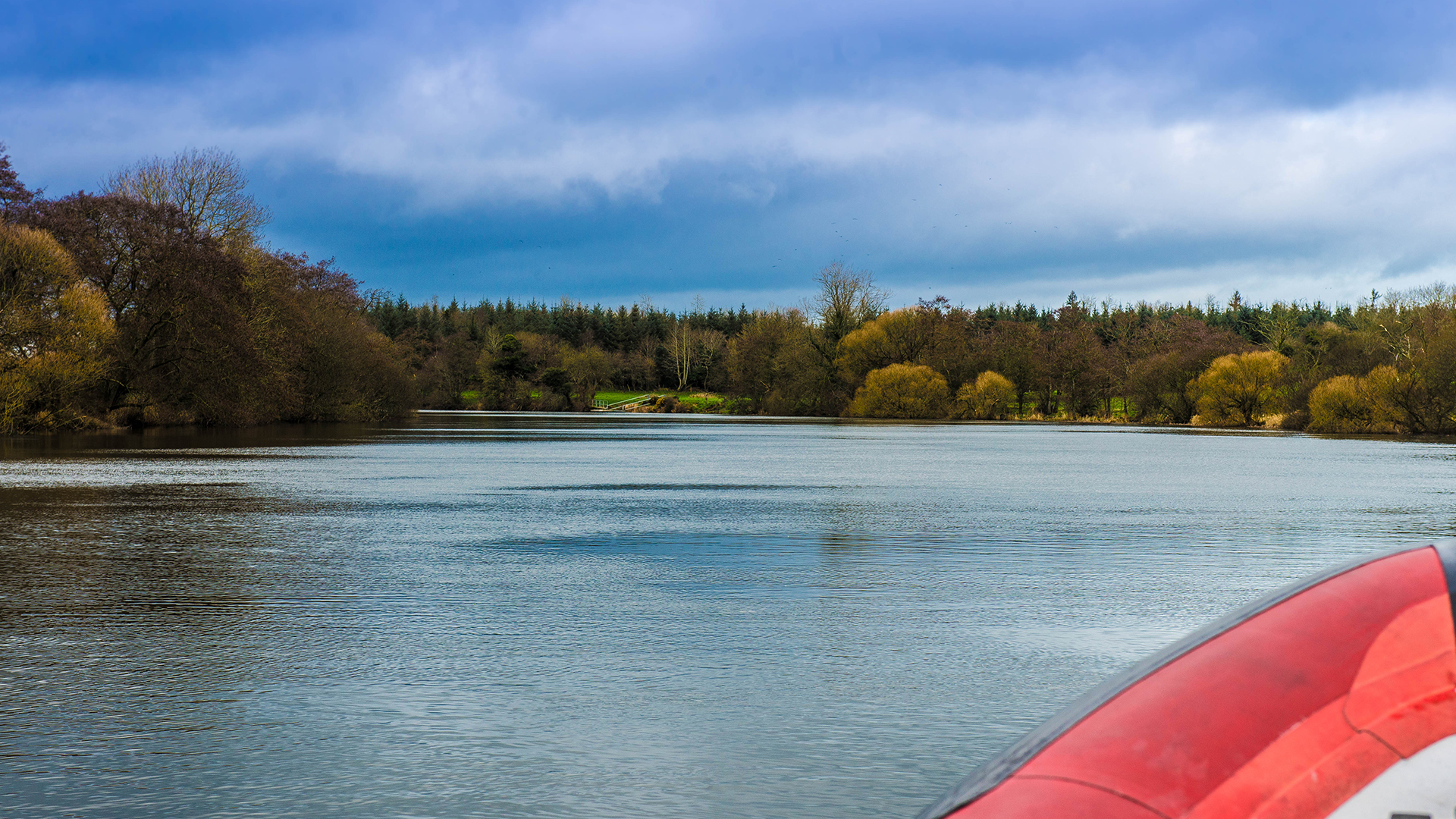 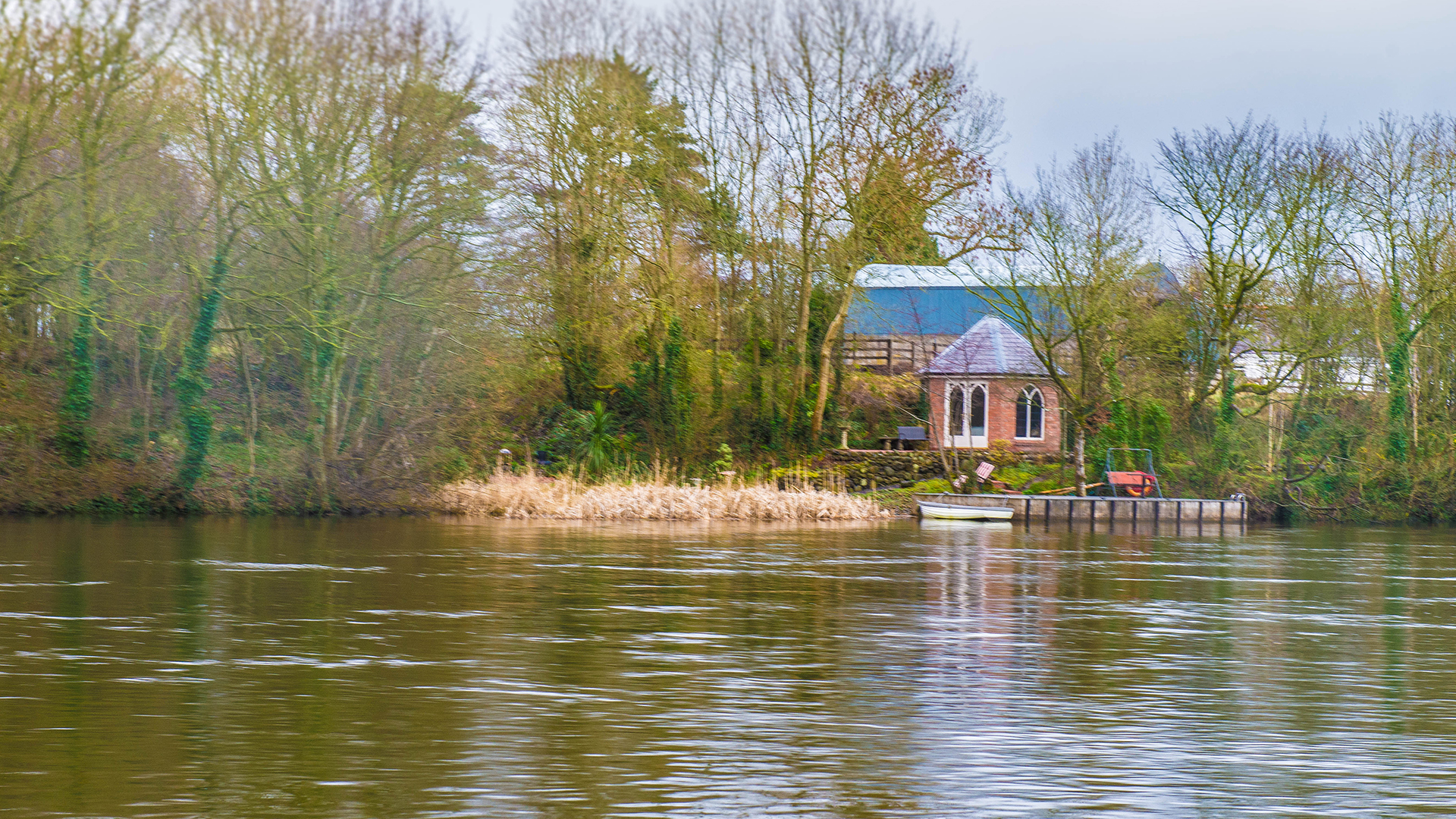 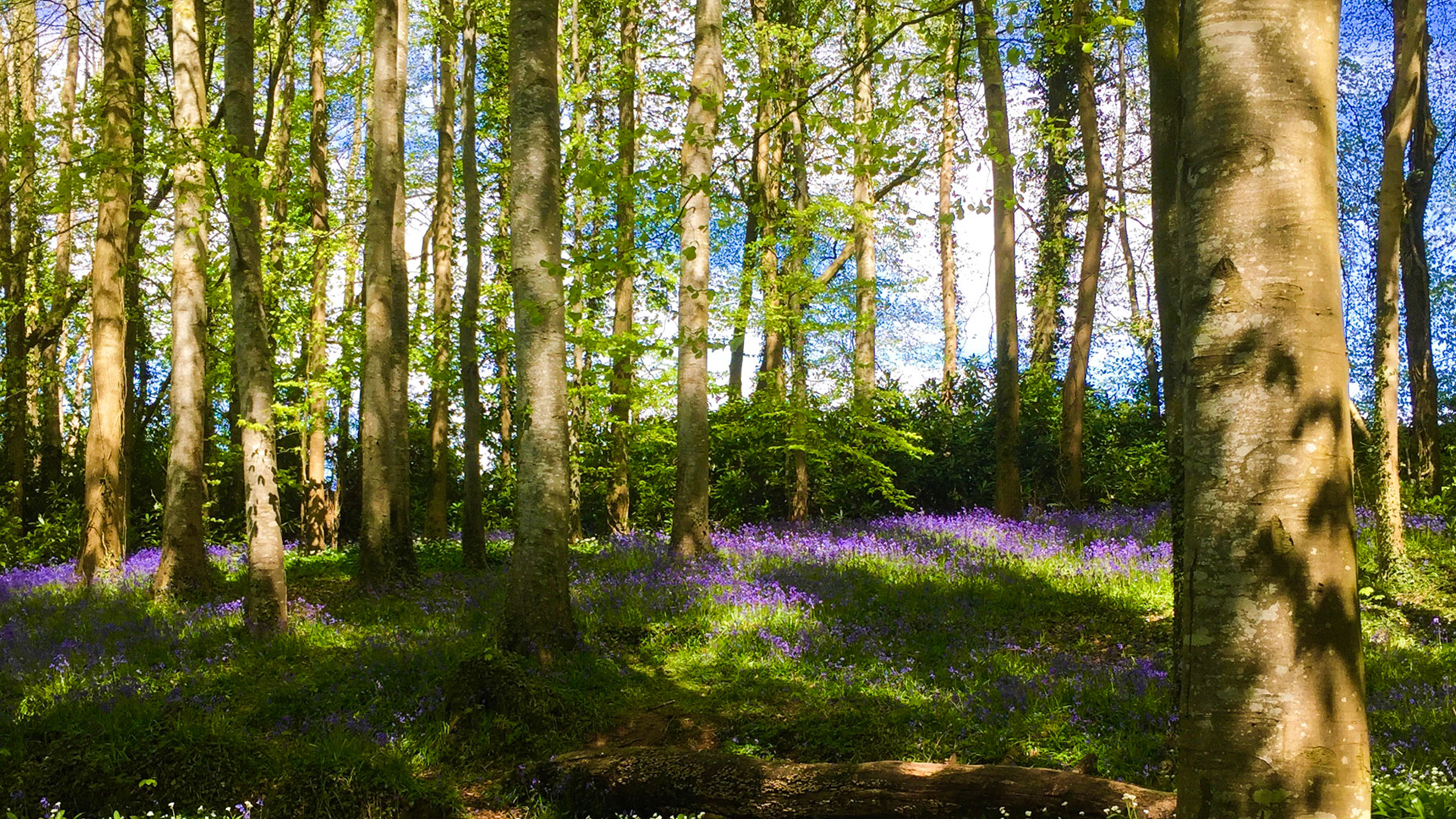 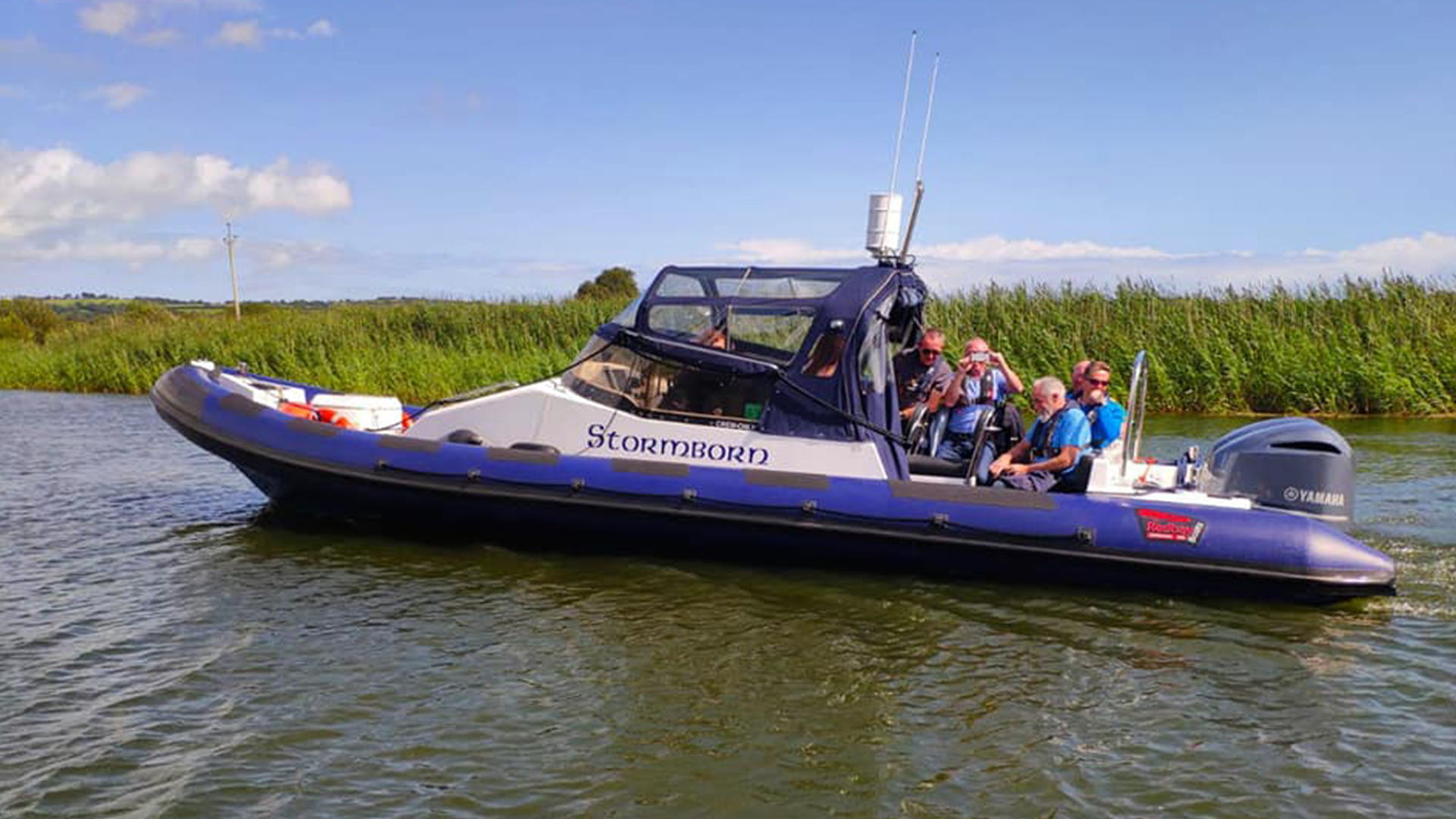 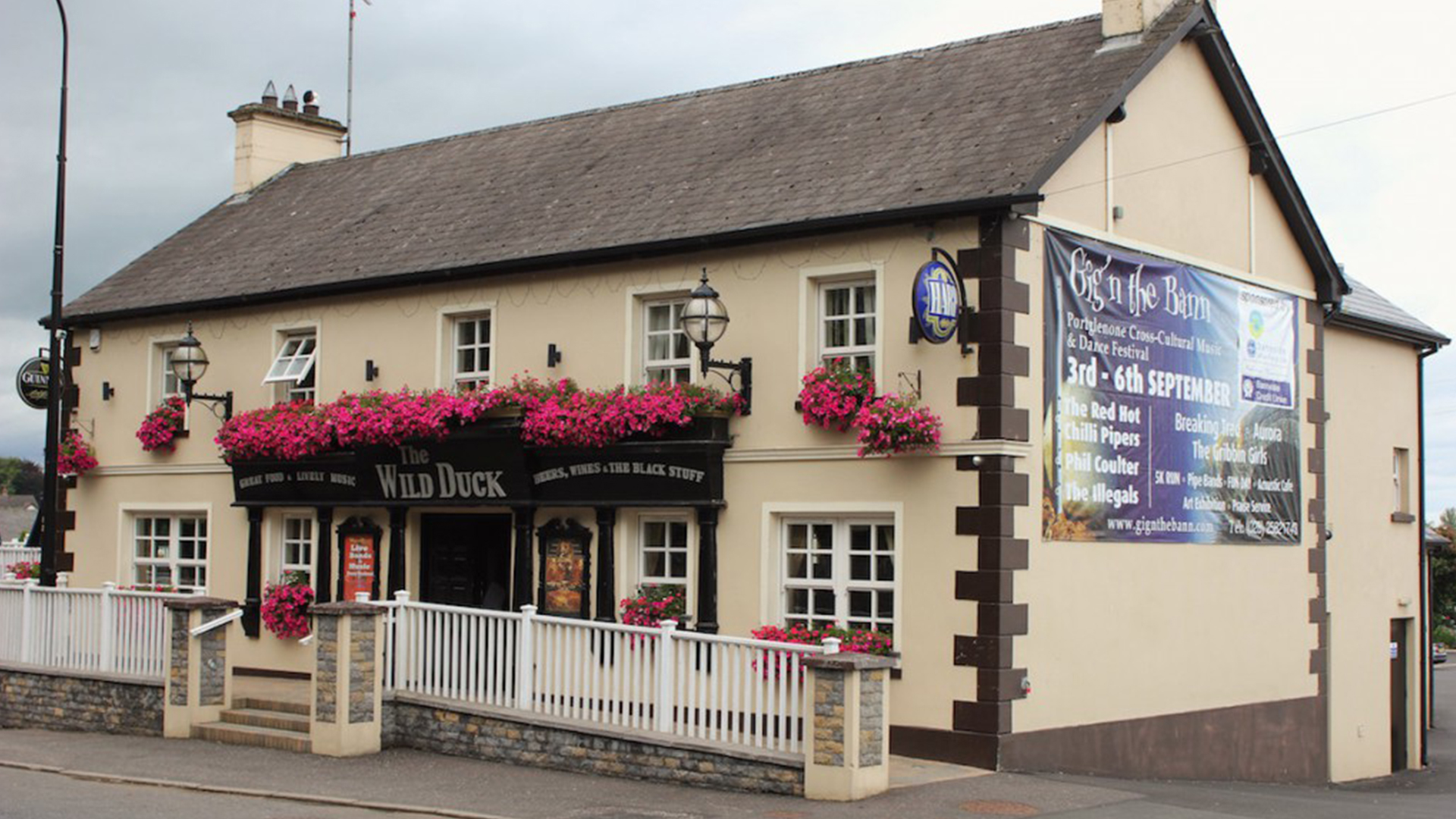 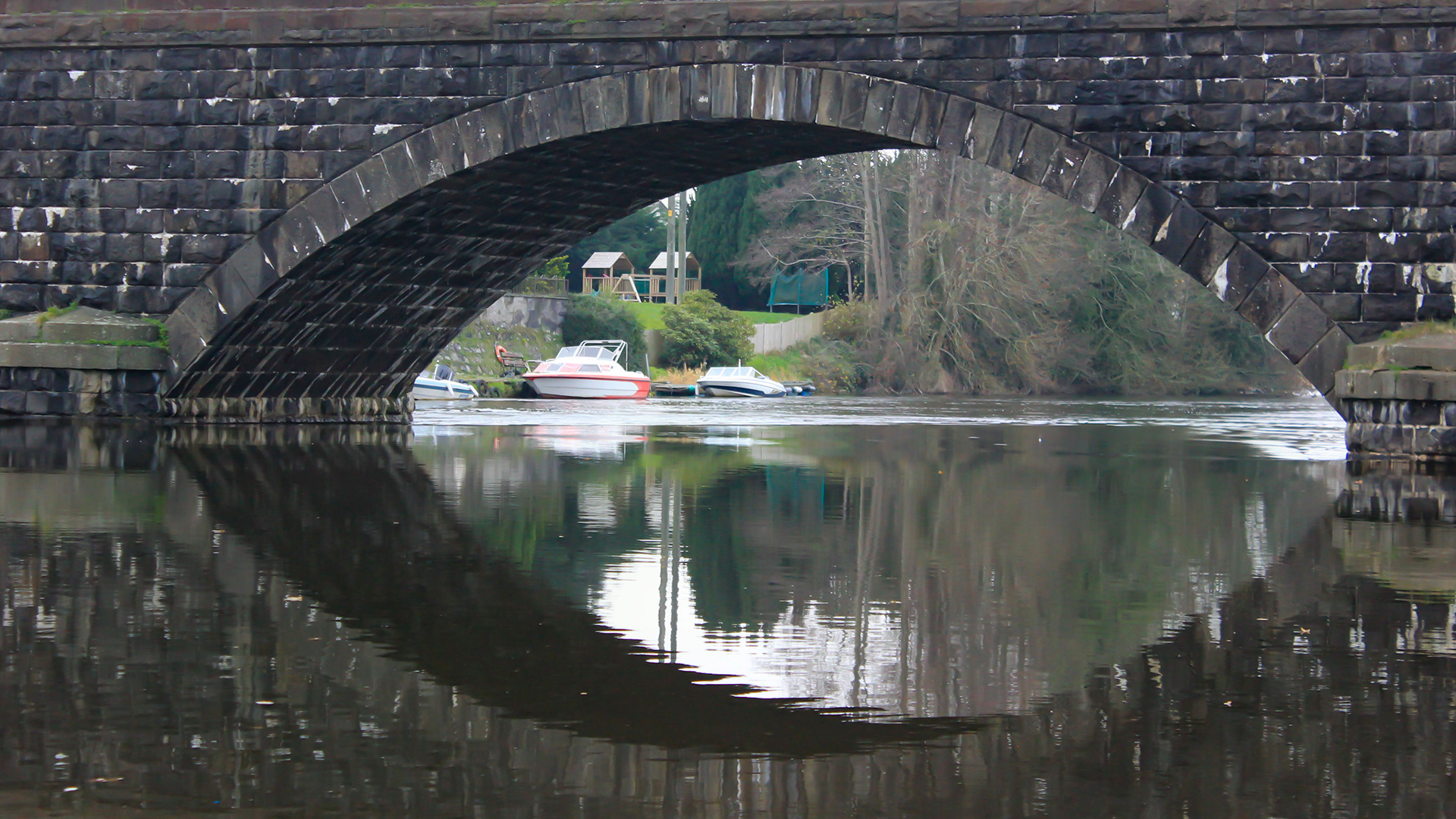 “Had an amazing time today with Tim and Cathal on a fantastic return boat trip from Toome to Portglenone with a stop for lunch at the Wild Duck. Tim was very informative ,funny and friendly. We saw lots of wildlife and learnt a lot about the history and fishing industries of the lough and river Bann. Thanks so much Tim.”

“My group of 14 friends had an amazing trip with Abhainn Cruises. From Toome Canal to Portglenone, we enjoyed the views and heard some historic facts about the waterway & the region. The pier just outside the Wild Duck provided a convenient lunch stop before our return trip to Toome. We can highly recommend Abhainn Cruises for a fun, interesting and well organised boat trip with lots of options to suit any party.”

“Me and my family had a great day, amazing sights right on our doorstep. Tim was full of local knowledge and had plenty of craic too. Highly recommend this for a fun and different day out.”

“Great people and a great cruise, will be back next year.”

Seeking a memorable day out? Would you like to explore World Heritage Sites without the crowds?  Our bespoke boat tours offer you a chance to have a unique experience, see hidden gems, take photographs at inaccessible locations, see our sea-life in its natural habitat and appreciate the beauty and history that is part of our Northern Irish Heritage.